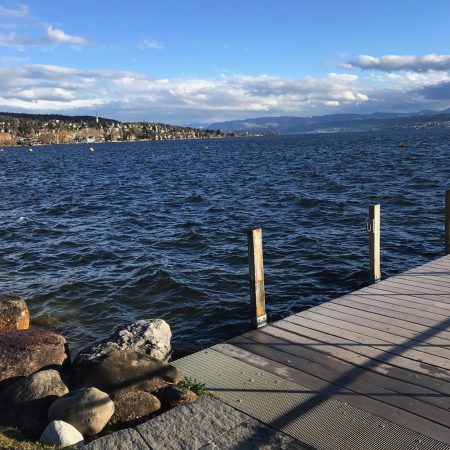 “In the vast reaches of the dry, cold night, thousands of stars were constantly appearing, and their sparkling icicles, loosened at once, began to slip gradually toward the horizon.”

So, where are we exactly? For the month of March we’ve been given the opportunity to stay in a modern apartment in Zollikon, a small municipality attached to Zürich. The apartment is usually occupied by a good friend of ours who had to travel abroad and suggested we’d stay in his place while he was away. We didn’t hesitate.

In the past, I would have felt awkward, almost rude, for accepting such a generous offer so quickly. What if he didn’t really mean it and only said so because he felt forced to be nice? Now, I’m teaching myself not to think for others. If I can’t trust what my friends tell me, there’s something wrong with our relationship. I want to be considerate, keep the interests of others in mind, but I shouldn’t complicate my life by looping myself into assumptions and speculations.

(Yes, I sometimes envy other people’s selfishness. I imagine they live easier than I do, lighter.)

Zollikon is a half hour walk from Zürich center, four minutes by S-Bahn, and ten minutes by tram. It looks like a picturesque Swiss village and contains a Konditorei, a shop that sells local cheeses and wine, two supermarkets, a café, a gasthaus, multiple water fountains, a Catholic church, and a library.

The greatest feature of Zollikon is its elevation: the houses are built on a steep slope and offer striking views, like the one I photographed and posted yesterday. From the lake-level train station Tiefenbrunnen, we climb up the steep Flühgasse to Zollikerstraße, where we feel elevated and breathe pure air.

Paris is a lovely city, but its tall buildings have enclosed me for too long. I was always searching for open skies, for the sun to hit my face on a cloudless day, for a horizon. Here, I need but to look up from the table to see the world as it is, wide and spectacular.

Last night after dinner, we went out on the terrace to gaze at the lights on the farther shore across the lake. As the rain clouds cleared, we looked up at the sky, barely polluted by city lights, and gaped at the stars. We watched for one to fall until it did. That wink was enough to make me dream I could fly. 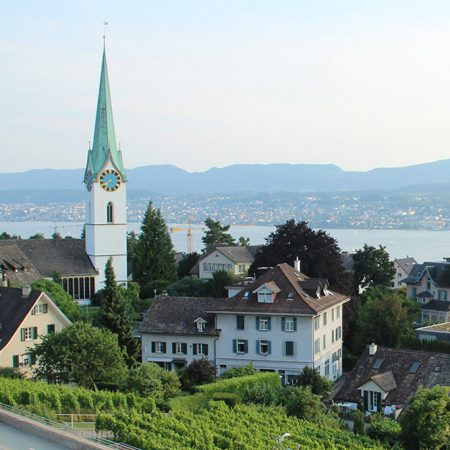 * Featured photo: view toward Zollikon from the lake.

* Photo above (not my own): Zollikon.

WARNING: When you pronounce the name “Zollikon” several times in quick succession, you will be charmed and become a Swiss gnome.

It’s All About the Questions 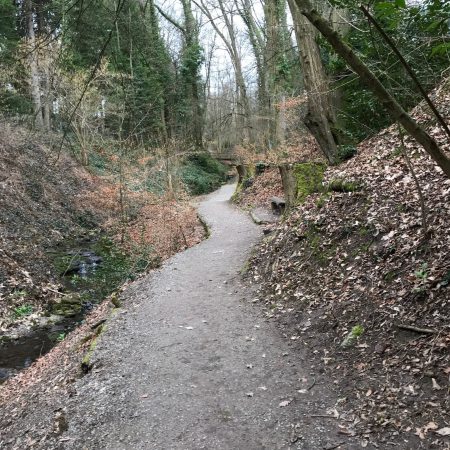 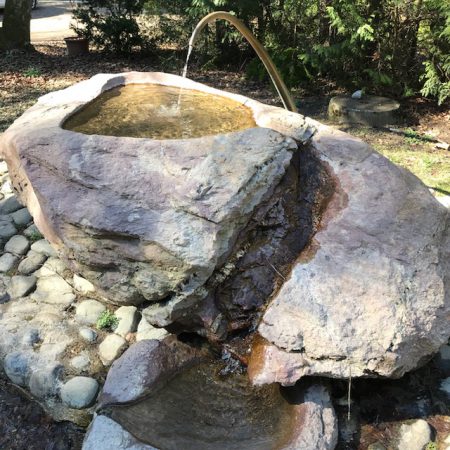 Swiss Fountains: Pure and Free Water Wherever You Go