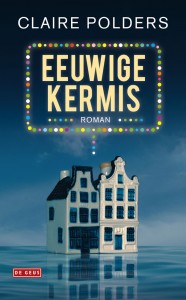 After an odyssey of seven years, documenting the world with her camera, Julia Hollander returns to the Dutch polders of her youth, where she is confronted with a double surprise: her young father is terminally ill and the safe haven of her childhood has been transformed into a touristic farce.

Julia is proven to be responsible for her village’s demise and is determined to set things right. With the help of a junkman rebel and a trio of witty elders, she makes an attempt to scare off the commercial developers and rescue what she holds dear. Although successful at one front, she fails to help her father. How do you connect to a man you cannot understand?

Caught between a love story and the myth of Atlantis, Eternal Fair is a high-spirited novel about authenticity in our hasty world. It also confronts the subject of euthanasia. How do you recognize the right moment to fight or surrender? 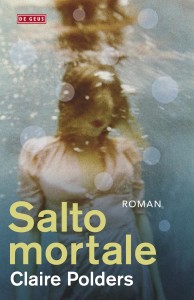 Salto mortale/ n. / (Italian) Death jump: an acrobat’s daring mid-air leap from one trapeze to another.

On a sizzling day in August five women arrive at a deserted medieval castle looking forward to a stimulating summer of renovation: a stage actress, a disturbed teenager, a dominant entrepreneur, an undercover journalist, and a middle-aged maiden. When the instructor fails to appear, they are caught in a dilemma; linger or move on? It’s the castle with its abundance of mirrors, its whispering rooms and idyllic aura of neglect, that lures them to stay.

Soon after, mysterious messages appear on the walls, ceilings, windows, and floors. Paint me, break me, open me, tear me away… As the women follow the instructions they enter into a psychological labyrinth. The place seems to share an intimate knowledge of their blacked out secrets.

Furthermore, the enchanted castle is haunted by a past that infiltrates them all. Each woman must escape the curse of family guilt and reclaim her freedom with one giant leap into the unknown—it’s time for a salto mortale.

Salto Mortale is novel that explores our fear of freedom and the patterns of expectations that constrain us.

The Disappearance of Eva Zomers 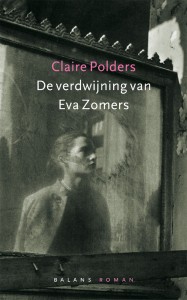 Marga, a young biographer, moves into a painter’s loft in Paris to finish her book on the disappearance of the legendary novelist Eva Zomers. She meets her old neighbor Lucien, a reclusive and troublesome painter. Marga lures him from his solitude and in exchange, he introduces her into a magical world of art and inspiration. An unlikely but intense friendship evolves.

When Lucien passes away, he leaves Marga his atelier. There she finds hundreds of canvases portraying the life span of just one couple. Who are they and why has Lucien painted them? Clues lead her to a small village in Italy and to the very same couple in the paintings. Her journey and the teachings of Lucien, uncover a fantastic secret within Marga that solves the mystery of the disappearance and re-appearance of Eva Zomers.

Acclaim for The Disappearance of Eva Zomers

—> Following publication, BLVD (a popular glossy) chose Claire as one of the top 100 most promising women of The Netherlands. 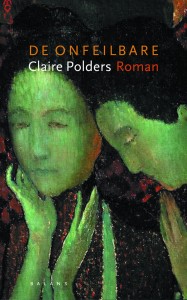 What happens when the bonds of friendship unravel into illusions and lies?

Infallible is the story of Amber, a keen and curious girl from Amsterdam, filled with open-eyed expectations. In Paris, she meets the thrilling persona of Cleo, and a  force pulls them together: Cleo the infallible, Amber the ambitious.

Together they set off for New York where Cleo’s charms prevail over every obstacle the city has in store for them. Their friendship deepens and Cleo encourages Amber to pursue her childhood dream of becoming a photographer. But as Amber’s fantasies are being realized, they are also undermined. Slowly she unmasks her friend and mentor to be a master of deception.

When Amber discovers a shocking secret behind their success, she returns to Amsterdam alone. But she is lost without Cleo’s charms. Why does she condemn lying when it brings so many benefits? Amber tries to find Cleo and reunite their lives, but during her absence Cleo’s fate has taken a tragic turn. All along, it was Amber’s unconditional love that made Cleo infallible.

Infallible is the story of two women lost in an intense and mysterious friendship. What is identity in a world where truth has lost its absolute value and life and fiction are no longer distinguishable?

—> Following the success of Infallible, Claire was selected by Annelies Verbeke and Prometheus Publishing as one of the 25 most promising writers under 35 and asked to contribute a short story to their once-in-a-decade anthology.