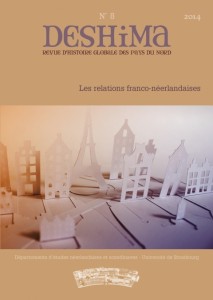 The French magazine Deshima published a personal essay and a short story of mine in French translations.

The essay  “Beauté” is about the differences between French and Dutch people on how they perceive, value, create, and stimulate beauty in all its variations.

The short story “Amour” is about the differences between a French and a Dutch woman on how they deal with love in their lives.

Both texts were written in Dutch on request, then translated into French.

Read them here in PDF: “Beauté” and “Amour.“